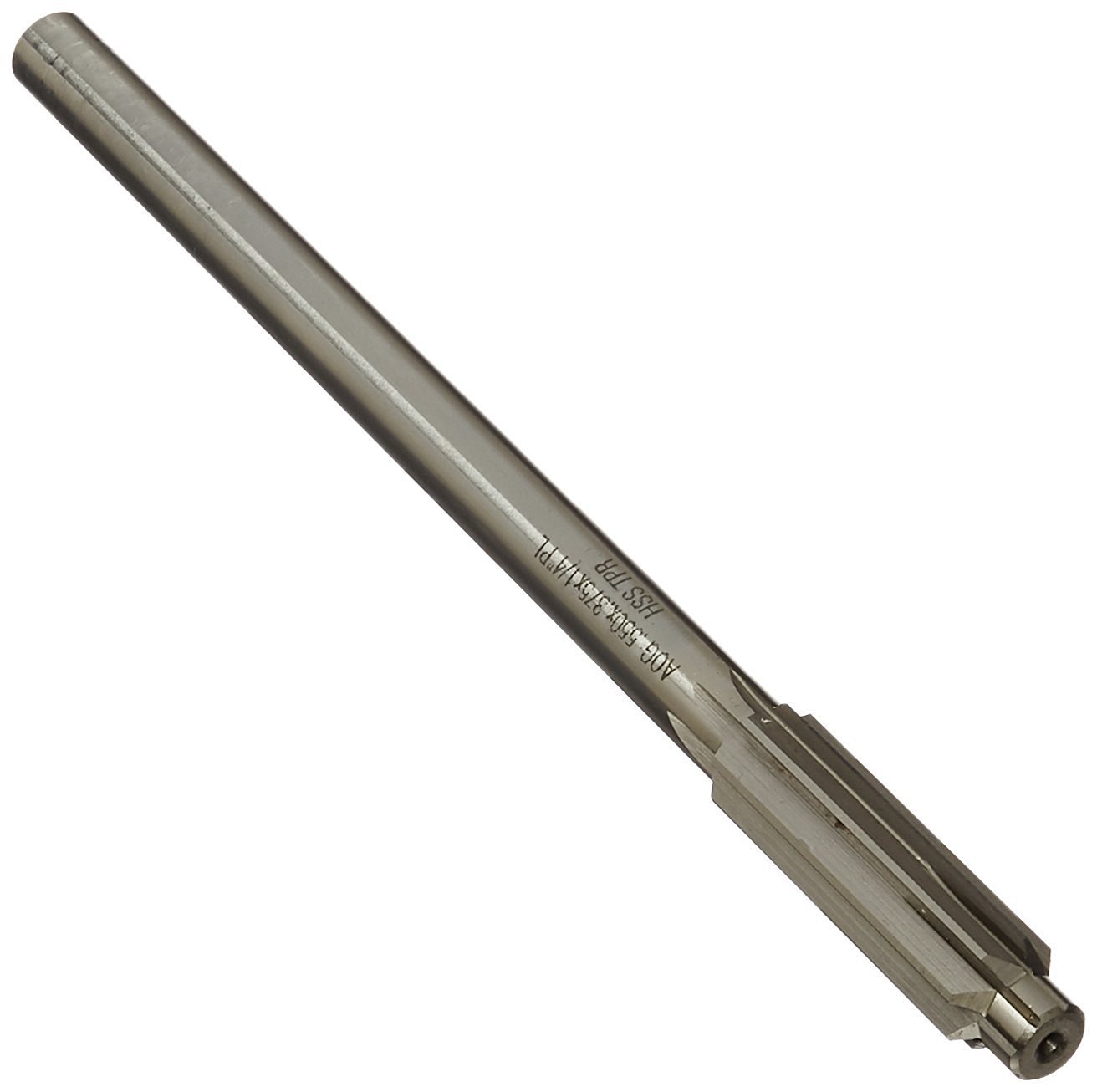 Bred in 2002 by the Comptoir Agricole breeding program in the Alsace region of France, Aramis was intended to mimic the desirable aromatic qualities of its parent, Strisselspalt, while possessing a more stable bittering potential. Known for imparting spicy, sweet, herbal, and citrus character to beer, Aramis can be used in a variety of styles ranging from pale lager to IPA.

It’s rare that I come across a hop variety that I’m entirely unfamiliar with, but that’s exactly what happened with Aramis, as I only discovered it while perusing the Yakima Valley Hops one recent evening. Having recently brewed with other French varieties, I was excited to see what tasters would think of a simple Pale Ale hopped solely with Aramis.

END_OF_DOCUMENT_TOKEN_TO_BE_REPLACED

Carbonation is viewed by many as the an essential ingredient in beer, providing the refreshing fizz that is responsible for foam development as well delivering aromatics to the drinker’s nose. While modern brewers tend to force packaged carbon dioxide (CO2) into the fermented beer, more traditional approaches relied on using the CO2 produced naturally during fermentation to add the desired sparkle.

Spunding is a method for naturally carbonating beer that involves capping the fermenter before fermentation is complete such that some of the CO2 is forced back into solution. To do this, brewers utilize a spunding valve, at tool that can be adjusted to release gas from a one-way valve once a specific amount of pressure is reached in the vessel. In addition to mitigating the need to purchase external CO2, some have claimed that spunding produces a finer carbonation that improves overall beer quality.

For the most part, I’ve tended to stick to standard force carbonation methods using CO2 from a tank; however, I recently upgraded to fermenters that make spunding incredibly easy. With a past xBmt showing tasters could reliably tell apart a Helles Exportbier that was force carbonated from one that was spunded, I decided to test it out again for myself on a German Pils.

END_OF_DOCUMENT_TOKEN_TO_BE_REPLACED

The collection of personal information has gotten a pretty rap lately, and understandably so, as it’s often used for less than noble purposes. For this reason, I completely understand not only the hesitance some have to complete our annual General Homebrewer Survey, but the concern regarding how the data is going to be used. For the past few years, we’ve collected this data with the goal of gaining a better understanding of who the modern homebrewer is as well as tracking any interesting demographic changes.

Why is this important?

For some, it’s not. It’s just that simple. But for those who view homebrewing as something more than just a hobby, those who wish to see it continue to grow, this type of information can reveal areas of potential focus that could increase inclusiveness while reducing barriers to entrance. At least, that’s our hope.

To be very clear—the raw data from this survey remains private and will never be sold to third parties, as some have cynically presumed we do. The only time it gets shared is in these articles. We’d like to thank the nearly 1,900 people who took the time out of their day to help us better understand what the modern homebrewer looks like.

END_OF_DOCUMENT_TOKEN_TO_BE_REPLACED

Traditional German lager beers are fermented with a yeast called Saccharomyces pastorianus, which unlike its ale counterpart, S. cerevisiae, performs well at temperatures as low as 48°F/9°C. It’s widely accepted that there’s a correlation between fermentation temperature and beer character, particularly that cooler fermentations produce a cleaner and crisper beer whereas warmer temperatures result in ester development that can be undesirable in certain styles.

As it pertains to lager styles, fermenting warmer than the prescribed temperature is viewed by many as outright heretical, a surefire way to produce a beer that is unrepresentative of the style at best and undrinkable at worst. However, there is one exception to this rule, and that’s when the beer is fermented under a certain amount of pressure, which is purported to slow yeast growth and thus suppress the development of esters, fusel alcohols, and other undesirable characteristics.

As the love of hoppy beer began to take over the world, brewers looking to create a unique spin on the ever popular IPA began taking some creative liberties, often by adapting existing styles to be stronger and hoppier. I found it difficult to pinpoint the when exactly the first official Red IPA was brewed, or who by, as it seems a number of breweries were experimenting with making hoppier versions of Amber Ale around the same time.

Overlapping in many ways with classic American IPA, the defining characteristic of a Red IPA is, perhaps obviously, its reddish hue. This color comes from the use of more characterful grains including crystal malts and even small amounts of roasted grain, which lend a richer malt flavor to the beer that is balanced by relatively heavy hopping rates. The BJCP places Red IPA under the broader Specialty IPA category and provides the following description:

Hoppy, bitter, and moderately strong like an American IPA, but with some caramel, toffee, and/or dark fruit malt character. Retaining the dryish finish and lean body that makes IPAs so drinkable, a Red IPA is a little more flavorful and malty than an American IPA without being sweet or heavy.

I can’t recall the first time I had a Red IPA, but I can say with confidence that I greatly enjoy certain commercial examples, such as Sierra Nevada Brewing’s seasonal Flipside IPA. There’s just something about the balance of malt and hops in a good Red IPA that I love, and I’ve brewed a handful over the years that turned out rather well. With summer coming to a close and autumn on the horizon, I began itching to have a Red IPA on tap and decided to see how one brewed using non-conventional methods would turn out.

END_OF_DOCUMENT_TOKEN_TO_BE_REPLACED

Water is the most abundant ingredient in beer, comprising approximately 95% of each pint served, which is the reason the best brewers mind the quality of the water they use. Ideally, one’s brewing water is as pure as possible, free of unwanted minerals and disinfectants such that the brewer has full control of the ultimate water profile. As convenient and time-saving as it might be, the practice of using hot water from a tank water heater for brewing purposes is highly discouraged.

Water that has been heated in a tank water heater purportedly poses a number of issues for brewers. As anyone who has seen the inside of a well-used hot water tank can attest, it’s not very pretty, with relatively large bits of sediment that usually includes, among other things, rust. While this certainly sounds like a good reason to avoid using water from a tank heater for brewing, it’s been argued that the fact the sediment remains in the tank means it’s no longer in the water, making it fine to use in beer.

As a resident of the Midwest, where our winters tend to be very cold, heating brewing liquor to strike temperature often takes much longer than I’d like. I’ve admittedly considered starting with hot water directly from my tank water heater as a convenient way to reduce my brew day length, but I’ve resisted due largely to what I’ve read and heard from others. Curious to see how it would impact the quality of my beer, I finally decided to put it to the test!

END_OF_DOCUMENT_TOKEN_TO_BE_REPLACED

Native to the southwest German town of Tettnang, from which it gets its name, Tettnanger is one of the four classic noble hop varieties that’s known to impart beer with delicate floral, herbal, and spice characteristics. Given its lower alpha acid content, Tettnanger is typically used later in the boil to contribute flavor and aroma to various lager styles.

Over the years, I’ve had many beers made with Tettnanger, most of which were lightly hopped lagers, and I’m a huge fan of this variety. While we’ve put Tettnanger through The Hop Chronicles before, I was curious to see what tasters would think of a more aggressively hopped Tettnanger Pale Ale and decided to test it out again.

END_OF_DOCUMENT_TOKEN_TO_BE_REPLACED

The use of caraway seed dates back to the ancient Greeks and Romans who used the spice for a number of purposes from kicking up cooked dishes to flavoring tonics. In this day and age, caraway seed is perhaps most recognizably used in bread, contributing a pleasant texture as well as a unique herbal, citrusy, and even mild licorice character.

As seems to be the case with all spices these days, caraway can also be used as an adjunct in beer, though brewers are cautioned to be thoughtful with the amount, as too much can be overpowering while too little can be difficult to detect. Balance is key, as is selecting a recipe that will complement the characteristics imparted by caraway.

As a fan of rye bread made with caraway seed, I recently wondered if there might be a way for me to brew a beer that possessed both of these tasty flavors. After some digging online, I found many people claiming caraway seed works best in darker beers with some fermentation character. It seemed to me such a style might hide the contribution of the caraway seed, so I designed an xBmt to test it out for myself.

END_OF_DOCUMENT_TOKEN_TO_BE_REPLACED

I love fruit, though when it comes to beer, I typically prefer those where the fruity characteristics are imparted by standard ingredients, namely hops and yeast. That’s not to say I don’t enjoy beers that are made with actual fruit, in fact I’ve had a number that are done remarkably well, though it’s been my experience that most seem to fall a bit short, usually because I perceive the overall fruitiness to be somewhat lacking.

Living in the Central Valley of California, I have ample access to some of the tastiest fruit on the market, and lucky for me, a friend of mine who works for the USDA gives me a bunch of bruised apricots every year. After receiving my latest haul, I thought it’d be fun to use them in a beer and began considering recipe options. Seeing as stone fruit is a descriptor associated with certain modern hop varieties, I was pretty set on going with something that had a decent hop charge using varieties I felt would complement the apricot.

Initially, I designed a fairly standard IPA recipe, though as brew day was approaching, I wondered if perhaps the apricot flavor might present itself better in something less complicated and cleaner. Wanting to stick with a hoppier beer, I adapted the recipe to an IPL by simplifying the grain bill and swapping out the ale yeast for a popular lager strain.

END_OF_DOCUMENT_TOKEN_TO_BE_REPLACED

Brülosophy is a participant in the Amazon Services LLC Associates Program, an affiliate advertising program designed to provide a means for us to earn fees by linking to Amazon.com and other affiliated sites.

We use cookies to ensure that we give you the best experience on our website. If you continue to use Brulosophy.com, we'll assume you're cool with this.Ok